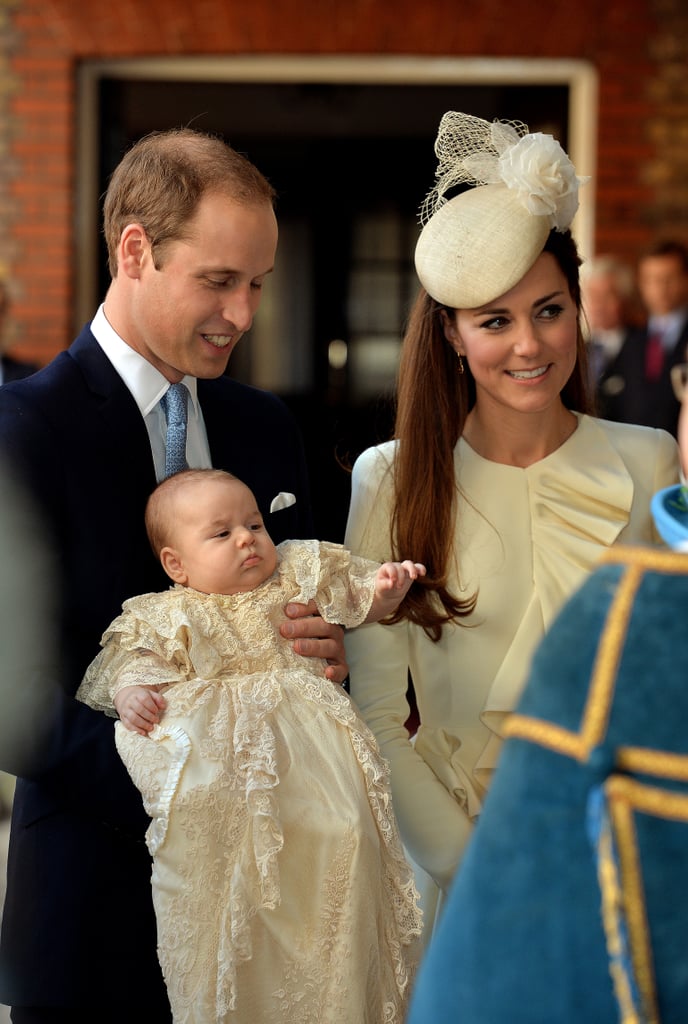 The guest list was small — only 22 people were invited — for Prince George's intimate christening, which took place inside the Chapel Royal at St. James Palace in London and was overseen by the Archbishop of Canterbury. Guests included the queen, Kate and William's parents and siblings, as well as all seven (yes, you read that correctly, seven) godparents, a list that included William's cousin Zara Tindall; Julia Samuel, one of Princess Diana's close friends; and a collection of childhood and college friends of William and Kate.

George was baptized wearing a replica of the royal christening robe, which, until 2004, was used to baptize every single royal baby since Queen Victoria's time. A replica was made a few years ago as the original robe had begun to deteriorate.

by Karenna Meredith 2 minutes ago

by Brea Cubit 4 minutes ago

by Kelsey Garcia 12 minutes ago