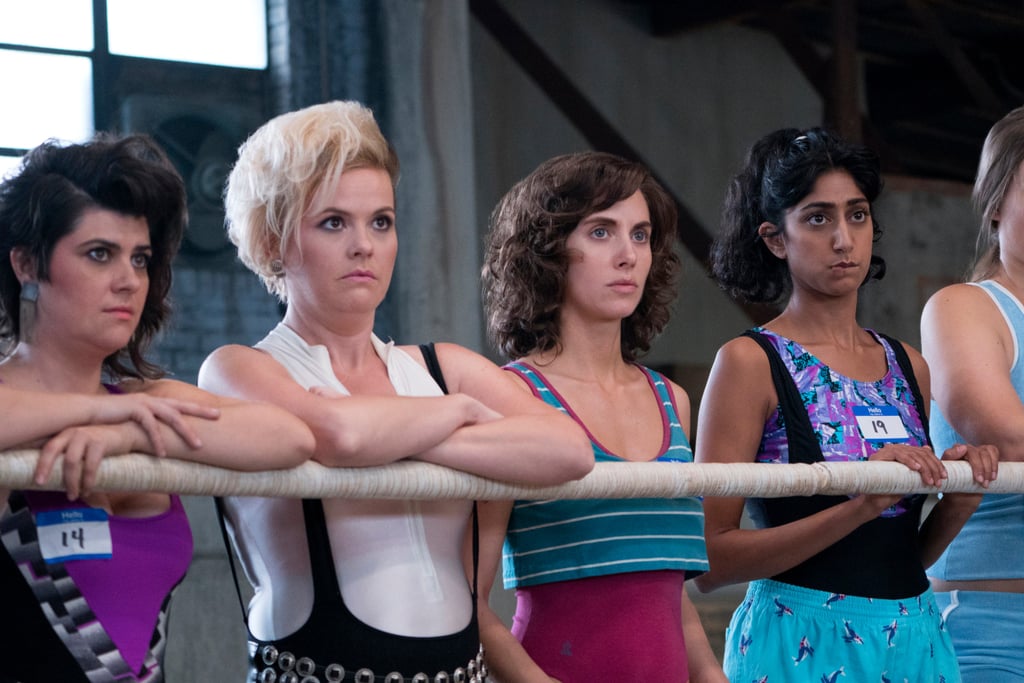 Netflix's half-hour dramedy GLOW, also known as the Gorgeous Ladies of Wrestling, arrived last year, and we have to say — the first season is surprisingly awesome.

For those of you who are confused, it's a scripted show about actresses who are playing wrestlers. Yes, GLOW was a real wrestling show in the '80s, but this is not the same. Even if you're not a fan of wrestling, by the end of the first season, you'll be completely obsessed with the characters and their journey into the faux fighting world. If you're into watching women being badasses, this show is definitely for you.

Alison Brie and Betty Gilpin play ex-best friends and actresses who are both cast in the first televised female wrestling show. The series follows them and 12 unconventional actresses who know nothing about the wrestling world as they are brought together by a has-been director (Marc Maron). With season two on our doorstep, here's your guide to season one — major spoilers ahead!

RuPaul's Drag Race
Did RuPaul Really Crown America's Next Drag Superstars? Here's Where the Winners Are Now
by Amanda Prahl 1 day ago

The Bachelorette
Will the Bachelor Summer Games Air During the Olympics? Here's Our Best Guess
by Amanda Prahl 17 hours ago