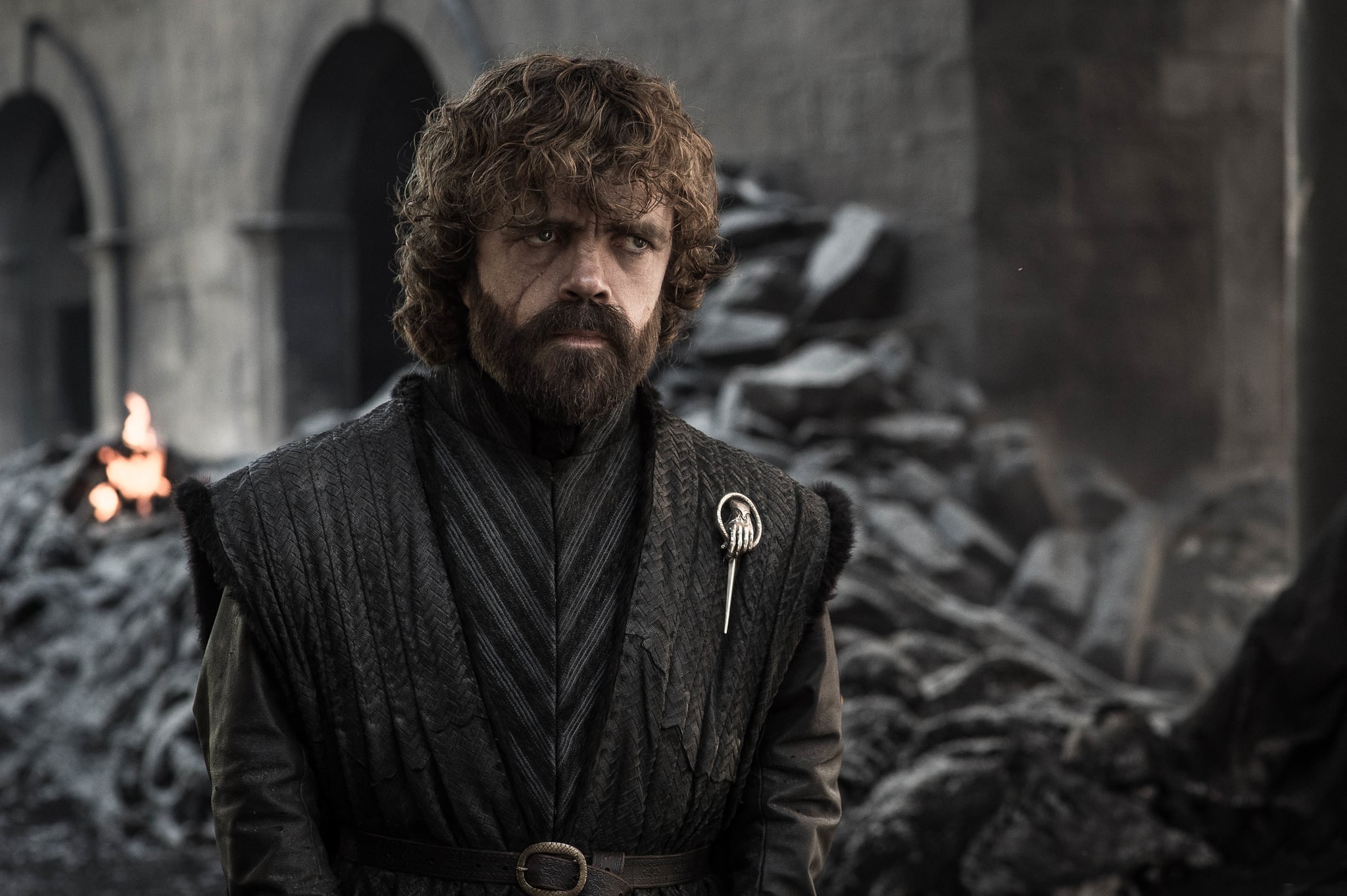 Warning: Game of Thrones spoilers that would probably make Daenerys mad ahead!

At this point in Game of Thrones, with only one episode left, I actually could not care less about who ends up on the Iron Throne. As Cersei said way back in season one, "When you play the game of thrones, you win or you die" — this show has always been more about the game than the actual throne. Now, given the reign of terror that plays out in season eight's penultimate episode, there's just one question I really care about: who will kill Daenerys? I'm betting on Tyrion.

Before I get into why Dany's Hand will be the one to kill her, let's acknowledge the other strong options on the board as we head into episode six. Arya has reason to take down the Mad Queen (who has green eyes, FYI), and her ability to sneak up on just about anyone does suggest she'd be able to slip by Drogon and the Unsullied. There's also plenty of buzz that Jon will be the one to pull the trigger, since he could easily get close enough to Dany to run her through with Longclaw, and doing so could potentially fulfill the Azor Ahai prophecy.

Related:
Game of Thrones: How Daenerys's Actions in King's Landing Could Lead to Her Death

But while both of those options would be thrilling and devastating in their own way, there are some problems. I don't think Arya will kill Daenerys simply for the fact that she's already killed the Night King — the writers likely want to spread around the murderous love to another character, you know? (Though I do think she'll attempt to.) I'm also unsure that Jon would be able to actually kill her in the end. Yes, he seemed appropriately horrified by her decision to burn down King's Landing, but something tells me his innate sense of goodness would keep him from finishing the job. That's why, dear reader, I'm thinking Daenerys's death will come at the hands of Tyrion.

Tyrion, unlike Jon, isn't afraid to get his hands dirty. We've seen him use his cleverness to achieve some pretty unsavory but necessary situations over the years — burning hundreds of men during the Battle of Blackwater, killing Shae and his father, Tywin, and most recently when he betrayed Varys. In fact, it's the latter act that will likely come into play during the series finale. 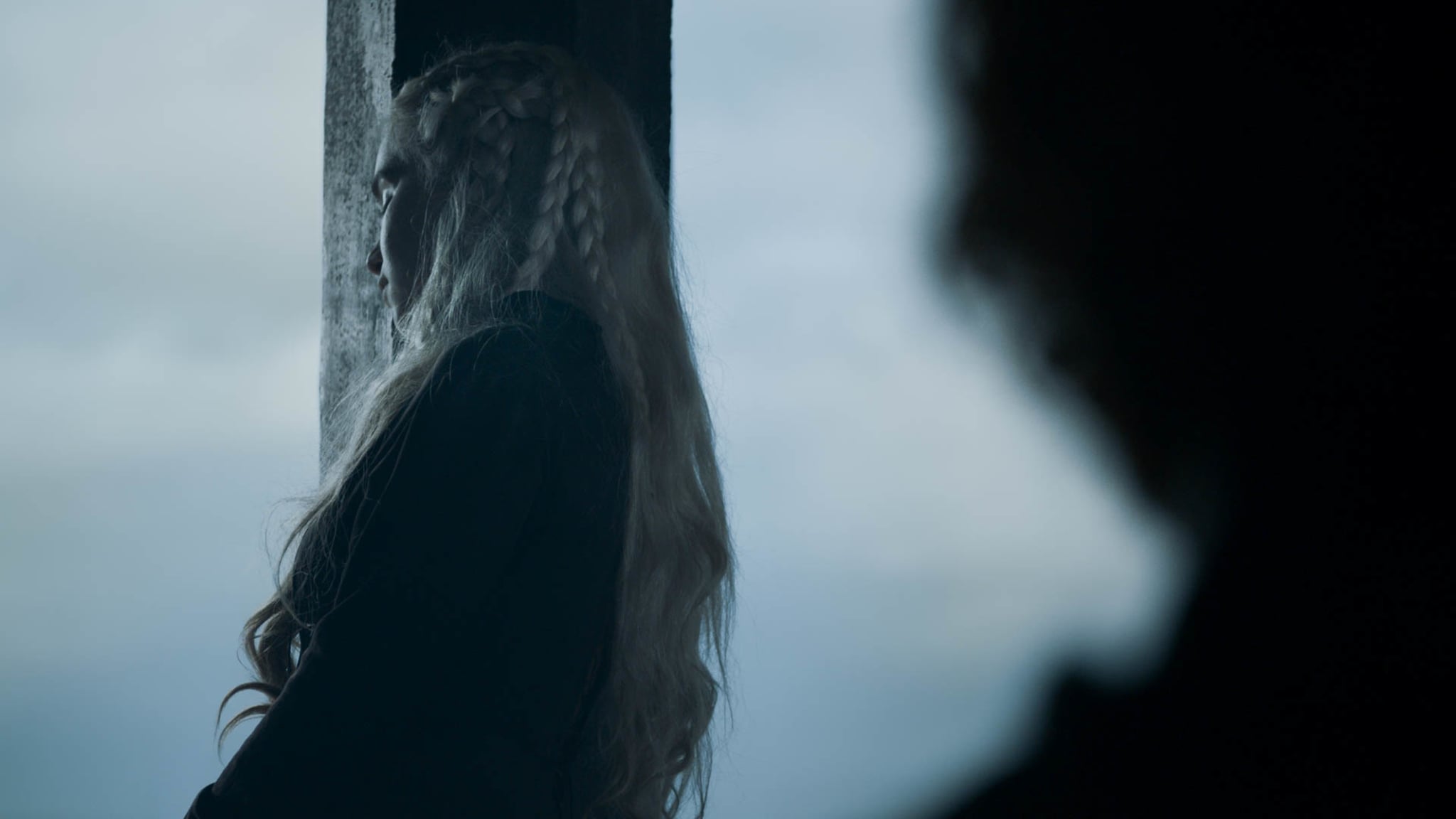 Although Tyrion thought he found his purpose when he became the Hand of the Queen, he's now one of her last remaining allies. He's also no doubt feeling the weight of all those lost lives on his shoulders, because he was foolish enough to trust that Daenerys would pause her siege once she heard the bells. He also has to be feeling some guilt about Varys's death, since he personally stopped the Spider from poisoning Daenerys before she could carry out her ruthless, fiery revenge on the city.

So, poisoning Daenerys himself would be the perfect way to take out the queen who's beyond help, while also giving a hat tip to what Varys was trying to accomplish. As you'll recall, the Master of Whispers was having Martha, one of his little birds, put poison in Daenerys's food (that the Dragon Queen wisely refused to eat). Unfortunately, we never hear the rest of his plan before he's executed, but the camera purposefully lingers on his hands as he removes his rings before marching down to Drogon, zooming in on a particular piece that seems to be lined with darkly colored jewels.

Like the poison necklace that killed Joffrey during the Purple Wedding, it certainly seems like Varys's ring is a similar kind of poison jewelry. He could've taken it off so that someone could come collect it after his death and try to get it into Daenerys's food or drink. Perhaps, in an effort to make up for selling out his friend, Tyrion will come to his senses and use the poison ring to kill Daenerys himself. She likely would never expect him to take her down, and he's one of the few who would go into her chambers without arousing suspicion.

Do you think he has the chutzpah to pull it off? Or is he too shattered by Daenerys's horrific rampage in King's Landing to do anything about it? If I had to guess from Tyrion's prominent placement in the preview for the series finale, he's going to have an important role to play.

Image Source: HBO
Game Of ThronesTVTheories
Around The Web