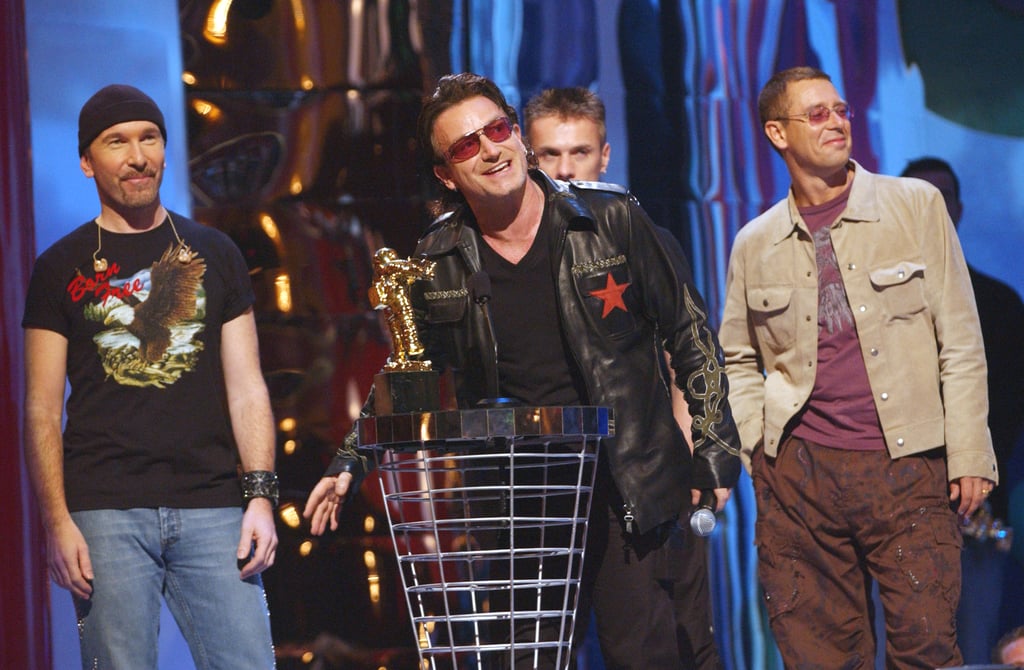 During their acceptance speech, the members of U2 pulled a sweet move by inviting the surviving members of the Ramones on stage with them to honor the memory of lead singer Joey Ramone, who had died a few months earlier. "New York City has given us a lot of things, but the best thing it ever gave us was a punk rock group called the Ramones, without whom a lot of people would never have gotten started, certainly us," Bono told the audience.

Nostalgia
Mall Madness Is Coming Back in the Fall, but You Can Preorder It on Amazon Today
by Karenna Meredith 1 day ago

The Weeknd
It May Have Taken Almost 4 Years, but The Weeknd's New Album Is Dropping Next Month
by Monica Sisavat 1 day ago

by Maggie Ryan 8 hours ago