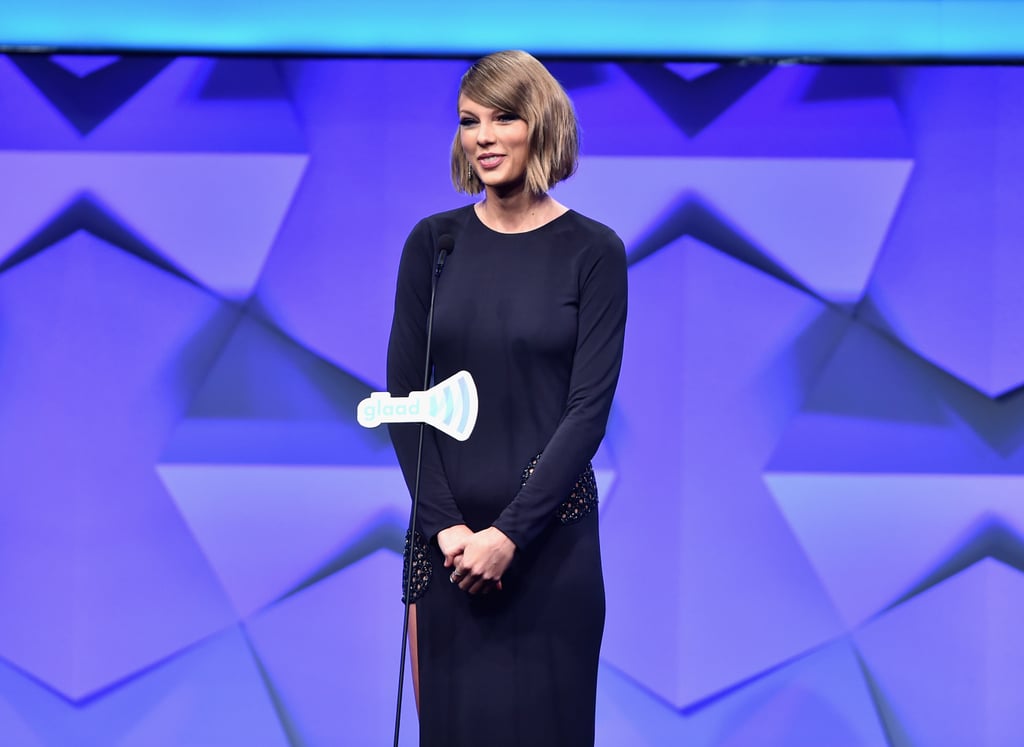 Taylor Swift regrets not speaking out during the 2016 election.

After the experience with her sexual assault trial, Swift told herself that the next time she had the chance to use her voice, she better know what she stands for and what she wants to say. So, after decades of keeping her political opinions to herself, she decided to speak out for the first time during the 2018 midterm elections, voicing her support for Democratic candidate Phil Bredesen in a lengthy Instagram post. But the decision to do so was not met easily by her team. During an intense, emotional conversation, Swift tells her dad, Scott, "I need to do this. I need you, dad, to forgive me for doing it, because I'm doing it." And in the midst of the argument, after stating she needed to be on the right side of history this time, the entire theater in Park City erupted in applause.

As the moment came for her to hit publish on her political Instagram, she sat on her couch with her mom, Andrea, on one side and her publicist, Tree Paine, on the other, all three with a glass of white wine in hand. Seconds before, her publicist reminded her that President Donald Trump could come after her for this, to which the singer swiftly replied: "F*ck that, I don't care." The three then clinked their glasses of wine to toast to the epic moment as Swift hit publish.

Nostalgia
The 7 Most Stylish PJ Movie Moments, According to Me and My Sleepy Self
by Sarah Wasilak 20 hours ago

Netflix
In Need of a Netflix Binge? These 22 Shows Each Have Over 5 Seasons
by Amanda Prahl 22 hours ago

by Kate Schweitzer 14 hours ago

by Alessia Santoro 14 hours ago

by Victoria Messina 15 hours ago

by Sarah Wasilak 17 hours ago