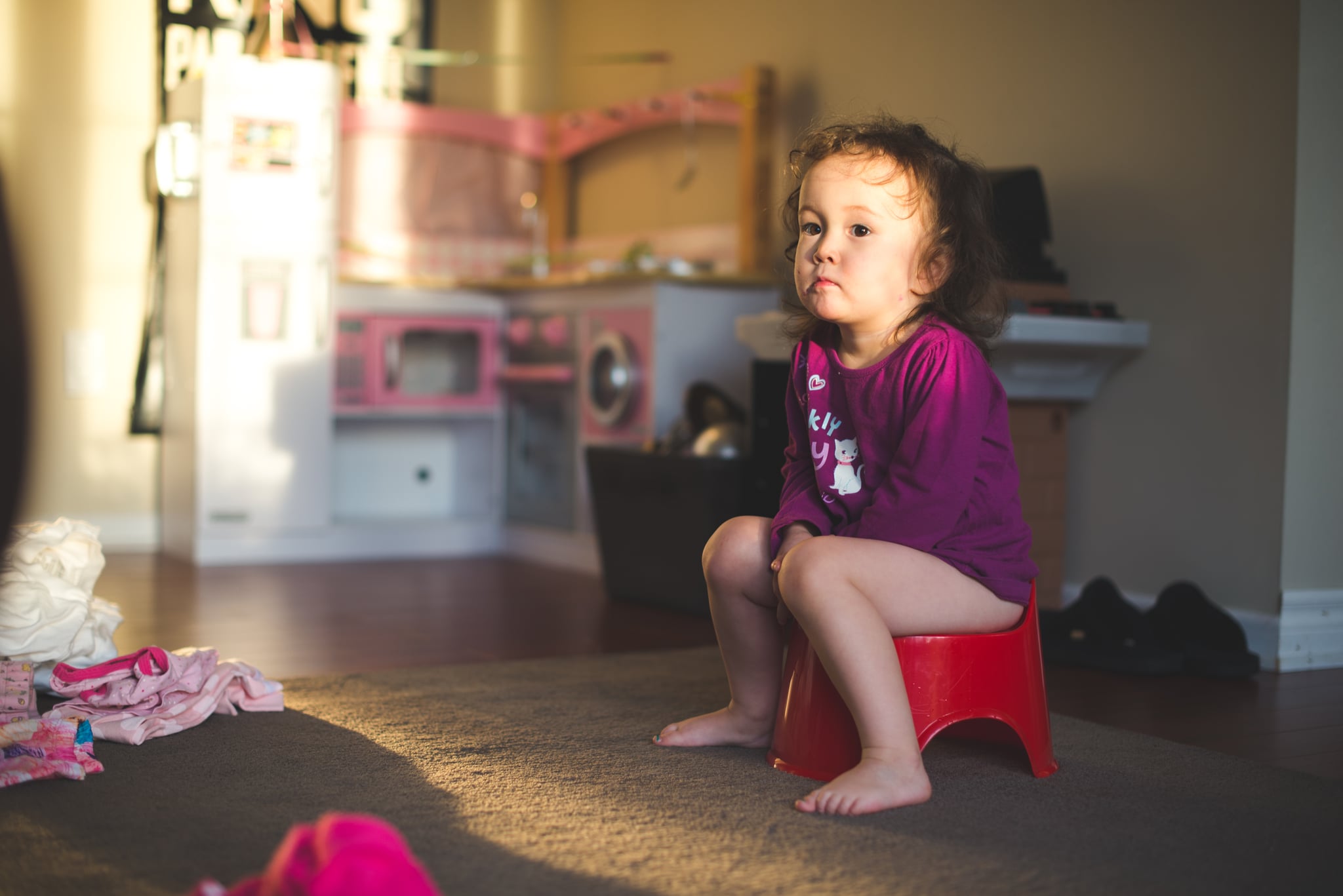 Potty-training . . . just the words alone take me on an emotional roller coaster ride. I have recently finished toilet training my youngest child, a son who's going to turn 4 in about a month. Yes, 4. The process took almost a year, and there were points when I almost gave up, deciding that I would be sending my child to kindergarten in diapers, and both his teacher and I were just going to have to deal with it. By some miracle, over the last month, he got his sh*t together (literally), and I can see the light at the end of a very long, very disgusting tunnel.

The arduous process of getting my son out of diapers and onto the toilet was all the more frustrating because I was convinced that all potty-training stories looked much like my daughter's, and boy, was I wrong. Here's a tale of toilet training two genetically linked kids, proving that no two paths to the potty are even close to the same.

Related:
Sh*t! My 3-Year-Old Refuses to Poo on the Potty

My daughter, aged 2 years, 8 months old, has expressed very little interest in the potty, and despite my own mother's insistence that she's "totally ready," and because I'm also eight months pregnant, I'm wary of starting the process prematurely, instead hoping some potty fairy will come down from the sky and magically make it happen before I have yet another child in diapers. My husband decides to take the bull by the horns and brings home a pamphlet his coworker passed along, which claims that if we follow the method laid out within, our kid will be potty-trained in three days.

We go for it, letting our toddler run around naked for a long weekend, despite the fact that it's one of the coldest Winters on record. Three days later, after much cleaning of bodily fluids off my floors and rugs, the job isn't totally done, but she's made enormous strides. She's accident-free within a couple of weeks, and totally out of diapers by the time her brother is born a month later. We keep her in nighttime diapers for about another year, but she wakes up dry 90 percent of the time. Would I say potty-training was easy? Not really, but nothing is easy at eight months pregnant. Would I say it was especially difficult? Also no.

My son, just weeks before his third birthday, has shown zero interest in the potty. Then one day, out of the blue, he decides to start peeing in the toilet totally unassisted and almost without us noticing. He continues to do this every single time he has to go, making me think that this round of potty-training is going to be even easier than the first. I start bragging to other moms at preschool about how my kid's toilet training himself, like a complete assh*le. Of course, it backfires.

I start bragging to other moms at preschool about how my kid's toilet training himself, like a complete assh*le. Of course, it backfires.

I wait a couple of months, convinced he will also eventually start pooping on the potty without intervention, then realize that I'm not that lucky. My husband and I spend the next seven months begging, pleading, and bribing him to stop pooping his pants. He goes once or twice on the potty, and we're convinced the end is in sight. Then he goes right back to pooping his pants for the next five months . . . every single day. Summer swimming is ruined because I can't take him to the pool without him having an accident. I am in a constant state of mortification, anger, and disbelief about how the whole process is going down.

Then one day this Fall, while my husband and I are out on a day date, we come home to our sitter, who informs us our son has pooped on the potty. We celebrate like we just won the freaking lottery. He continues to have accidents for the next month, usually in inconvenient places, but we can see that he's moving in the right direction. Finally, after a few accident-free weeks, we declare him officially potty-trained. It has been 11 months since he first peed on the potty. Would I say that potty-training him was easy? Only if we're talking about number one. Would I say it was especially difficult? Um, let's just say there are plenty of other bad parenting stages I've been able to mentally block out.

This stage, though? I'll be telling my grandchildren about it. 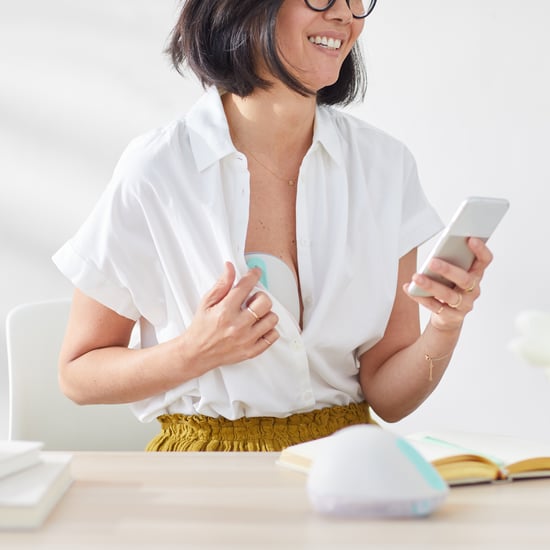 Product Reviews
Editor Review: Everything You Need to Know About the New Willow Generation 3 Breast Pump
by Dawn Davis 1 day ago

Family Life
This "Don't Make Me Use My Mom Voice" Candle Comes in a Cabernet Scent, Because Duh
by Christina Montoya Fiedler 2 days ago