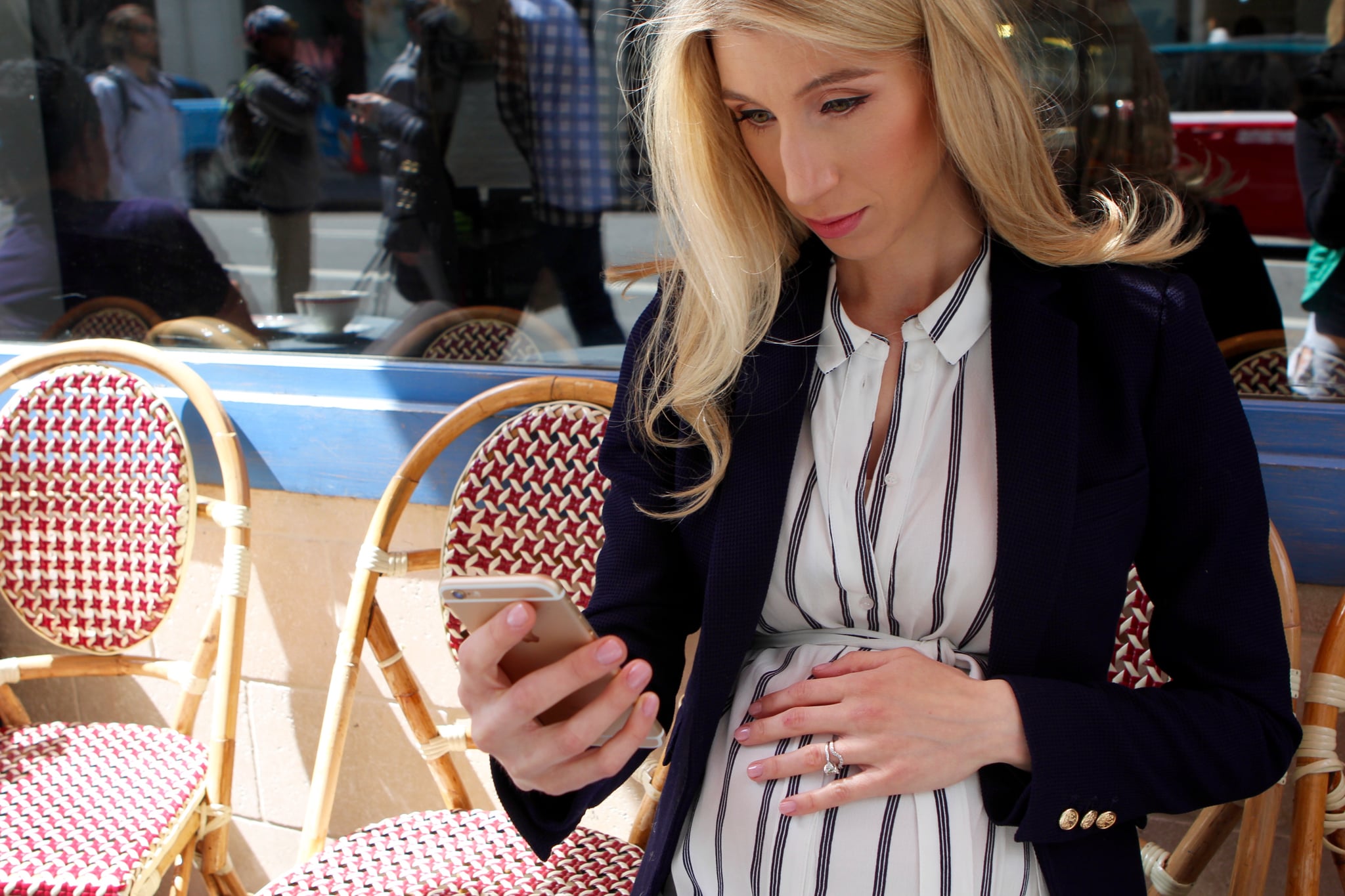 Social media is a fabulous tool for keeping friends and family up to date on what's happening in our lives. Unfortunately, it's also a fabulous tool for, well, acting like a tool: putting out Photoshopped pictures, spreading misinformation, and generally making yourself, and your life, look better than it actually is.

We're probably all a little guilty of internet embellishment from time to time (I mean, Instagram filters can do wonders for under-eye circles — no judgment here!). But the worst offenders are those who treat their status updates like trophies to parade in front of hundreds of their friends. And though logically we know that they're just being braggy, we can't help but feel a little jealous. It's never fun to read about how a friend's toddler is "really starting to master those mandolin lessons!" when we're just trying to convince our kids that it's not a great idea to eat toilet paper.

We just have to remember one thing about these people: they like to stretch the truth. So when they update their status, it's probably not as accurate as they'd like us to believe. Behind the scenes, there is likely a less-attractive reality.

What they say: Exposing my little Brookleigh to international cuisine! She has such a sophisticated palate!
What's really happening: Little Brookleigh is dipping her chicken nuggets into teriyaki sauce.

What they say: I'm pretty sure Grayden is going to play professional sports some day because he is really physically gifted. So agile for a toddler!
What's really happening: Grayden just climbed all the way to the top of the fridge during Mom's half-minute attempt to pee alone.

What they say: Teaching baby Malloree about science through experiments with bacteria and acidity!
What's really happening: Mom found a sippy cup full of curdled milk in the bottom of the toy box and explained to baby Malloree why milk needs to go in the fridge.

What they say: Time for Ashtyn's foreign language immersion! Toddlerhood is the best period to learn a new language!
What's really happening: Ashtyn is watching cartoons in Spanish. (Or maybe just picking up a few words here and there from Dora.)

What they say: Technology is so important to our children's future. It's a good thing my little Breaunna is a tech whiz already!
What's really happening: Little Breaunna is entering her third hour on the iPad because, hey, there's a Game of Thrones marathon on.

What they say: Introducing Elleighjah to the basics of politics — it's never too early to learn about our political system!
What's really happening: Mom looked up that old Schoolhouse Rock "I'm Just a Bill" song on YouTube.

What they say: I'm so lucky that I never have to beg Jaydenn to eat his vegetables — he loves them!
What's really happening: By "vegetables," Mom means french fries, canned corn, and ketchup.

What they say: Giving baby Jacksyn some sensory play time with shaving cream. It's so crucial to development at this age!
What's really happening: Someone accidentally left a can of shaving cream within baby Jacksyn's reach.

It's easy to let the green-eyed monster creep in when it seems like everybody else's kids are prodigies who always use their manners, are advanced in every area, and never turn their nose up at a veggie. But what we see on social media is just a tiny — and for some, wildly embellished — slice of life. So while we may read about how our friend's toddler "just created an astonishingly detailed self-portrait with finger paint," we don't read about how he also gave himself a paint mustache, spilled it on the couch, and tried to use the dog's tail as a paintbrush.

Just read the status, give it a self-esteem-boosting courtesy "like," (after an eye roll, of course) — and be glad you don't feel the constant pressure to impress everybody.

Family Self-Care
Nervous About Starting a Family Because of Your Career? This Working Mom's Post Will Put You at Ease
by Murphy Moroney 2 days ago

Babies
A Baby Tried Ice Cream For the First Time, and Her Reaction Would Put Dessert-Lovers to Shame
by Murphy Moroney 2 days ago

Lizzo
This Family Parodied Lizzo's "Good as Hell" With a Song Called "Cold as Hell," and It's Everything
by Murphy Moroney 3 days ago

Family Self-Care
Mom Gently Reminds the World That Maternity Leave Isn't a Vacation in Any Way, Shape, or Form
by Murphy Moroney 1 week ago