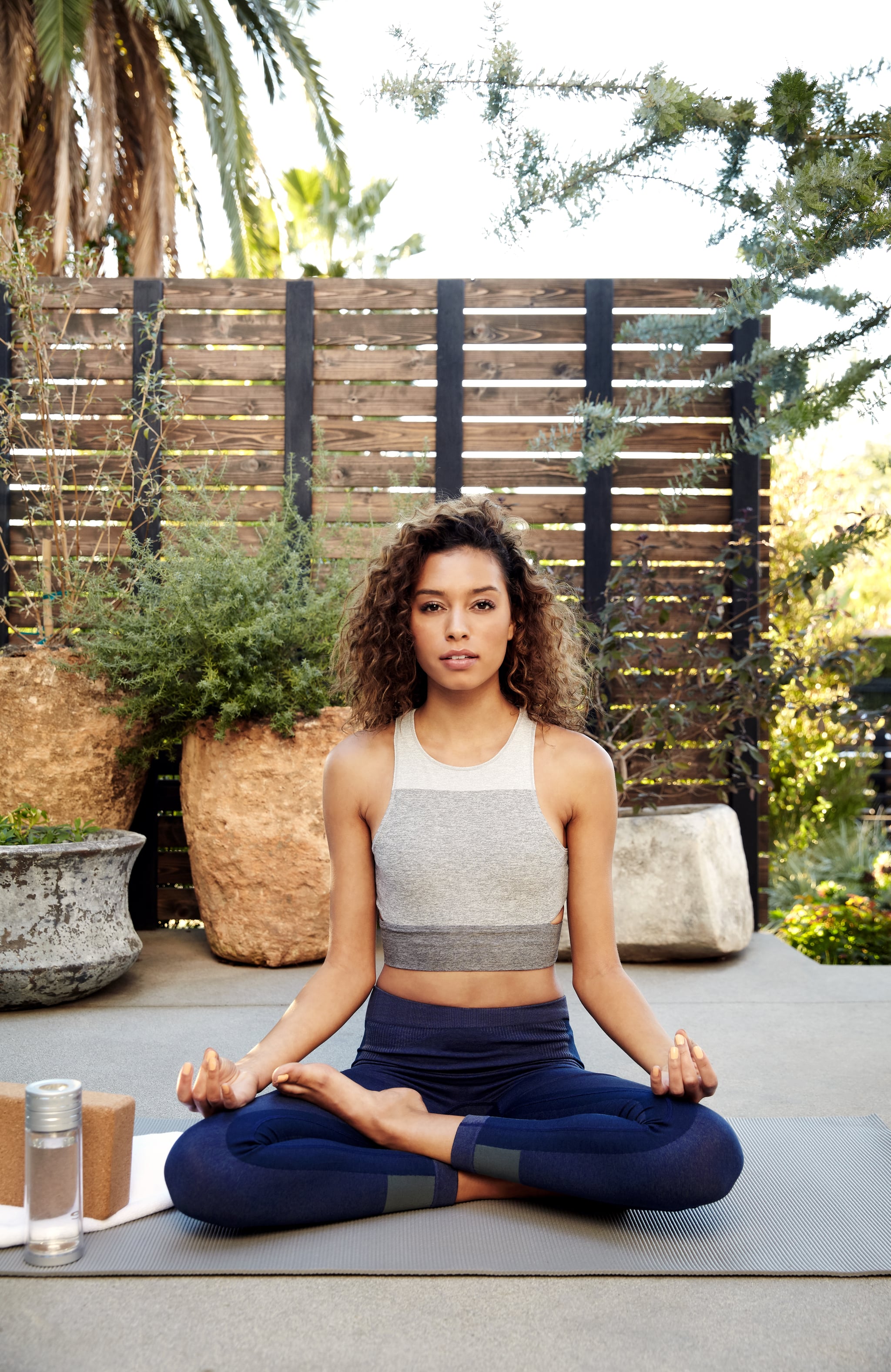 If you've been spending time scrolling through your social media feed or reading the news lately, chances are good that you've crossed paths with the word "mindfulness." The practice has recently become a major part of discussions regarding sleep, stress, and anxiety, and unlike quick fixes and fly-by-night trends, it has scientific evidence on its side.

Read on to learn more about why mindfulness has the potential to be a serious game changer for your sleep routine and how to incorporate it into your life.

Related:
Why Meditation Is the Best Gift My Dad Gave Me

1. It's About Slowing Down

First things first. It's important to understand that mindfulness and meditation aren't quite the same thing. Meditation is a general term that encompasses a range of practices, whereas mindfulness meditation is a specific practice that "involves learning to watch one's thoughts, feelings and sensations as they arise and pass, without becoming caught up in them."

If you've ever tried to go to sleep and felt your mind rev up as soon as you hit the pillow, this conscious slowing down can help you to refocus your energy. Like other forms of meditation, mindfulness also takes time to learn and hone, but it doesn't require you to maintain a perfectly blank slate for the duration of your practice.

2. It's Being Used to Treat Insomnia

As sleep deprivation becomes a more serious issue for society, researchers are looking to less traditional treatment methods to fight it, especially for older adults and the six to 20 percent of the population that suffers from chronic insomnia.

After receiving eight weeks of mindfulness meditation, participants in a Rush University study exhibited lower indicators of insomnia both during the course of the study and up to six months after it had ended, proving that mindfulness has the potential to be more than just a short-term fix.

Related:
Try These 2 Exercises Together For a Powerful Depression Treatment

3. It Has Benefits Beyond Sleep

As if being sleep deprived isn't hard enough on its own, lack of sleep can come with a host of other consequences beyond drowsiness, including symptoms of depression and anxiety. A 2015 study broadened its reach to test mindfulness meditation's effects on sleep itself, as well as on surrounding conditions. Researchers found clear evidence that mindfulness meditation training over the course of six weeks led to a reduction in insomnia but also in related conditions like fatigue, depression, anxiety, and stress.

Just as you can fine-tune your practice, you can also adapt mindfulness to where you're at in life. Even small improvements in sleep quality can add up over time, so don't be afraid to add a mindfulness routine to your life even if you aren't strictly suffering from sleep issues.

In fact, another study addressing the effects of mindfulness meditation on a random selection of working adults found, unsurprisingly, that over just 10 days, "mindfulness intervention was effective in increasing daily levels of mindfulness during work, sleep quality, and sleep duration." Learning to heighten "concentration and awareness" puts you in a better position to combat sleep disorders in the future.

5. It Doesn't Have to Be Difficult

It's important to note that mindfulness meditation isn't a strict, formulaic process. It's a commonly understood practice to focus on breathing and the present while acknowledging other thoughts and feelings as they occur. How you choose to reach this state is entirely up to you, and fortunately, new resources arrive every day to help you get started.

Numerous institutions affiliated with major research universities offer mindfulness classes, including the UCLA Mindful Awareness Research Center and the UMass Center for Mindfulness, but your practice could be as simple as taking a few minutes to slow down during a quiet part of your day. You can choose from a plethora of apps if you need help getting started, and if you like being active, some yoga studios offer specific mindfulness yoga classes or incorporate mindfulness into regular classes.

Mindfulness meditation may not come easy at first, but with a little patience, the practice could prove to be an invaluable resource in your quest to improve your sleep. Stay up-to-date on new approaches and resources, and you'll soon find a routine that works for your schedule and day-to-day life.

Healthy Eating Tips
The Best Foods for Period Cramps, According to a Dietitian
by Victoria Moorhouse 19 hours ago

Healthy Living
I'm a Black Woman, and I'm Not Ashamed to Say I Go to Therapy
by Elizabeth Ayoola 22 hours ago

Healthy Living
I Tried Intermittent Fasting to Lose Weight, but I Didn't Expect to Break Free From Sugar
by Elisa Cinelli 2 days ago

Healthy Living
Getting an IUD Helped Ease My Painful Periods, and I'm Never Going Back
by Mary Everett 3 days ago