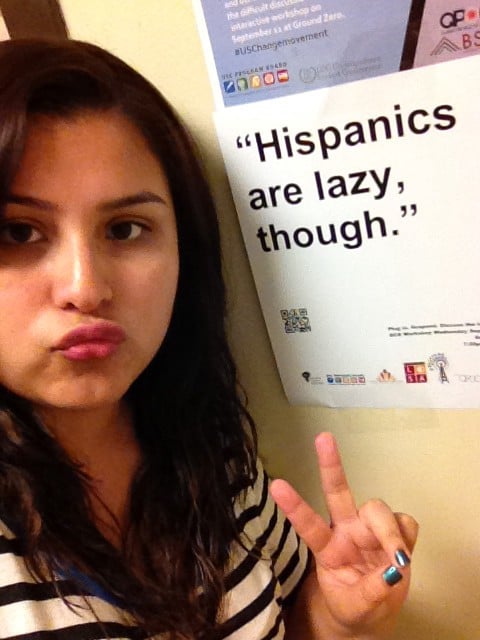 This antibullying campaign at school was, um, misguided, but it did provide a great selfie op.

There are few things I love more than being called a fiery Latina when I have the gall to express myself without leading with "sorry" or any other kind of submissive comment when I've done nothing wrong. I love when my brownness combined with my opinion-having leads to non-Latinas describing me as spicy or fiery in a sweet combination of racism and sexism. These are some of the things I love slightly more than that:

Personally, I consider myself sweet and tan like a plátano frito. But if you're a non-Latina who wants to call me a "fiery and/or spicy Latina," just go ahead and call me an "ethnic opinionated loud-mouth who's not afraid to say what others are thinking but I'm secretly afraid of because she's kind of a bitch", because I know that's what you mean.

Healthy Living
I'm a Black Woman, and I'm Not Ashamed to Say I Go to Therapy
by Elizabeth Ayoola 23 hours ago

Personal Essay
I Am Dominican, and I Don't Need a Birth Certificate to Prove It
by Li Misol 1 day ago

Schitt's Creek
Etsy Is Selling Schitt's Creek Prayer Candles, and We Want All of These Bebes
by Emily Weaver 1 day ago

Personal Essay
I Went to a Nude Beach With a Friend, and We Loved It
by James Barrett 1 day ago